Carnival is a great folk festival whose roots are buried in antiquity. It has traditionally been celebrated in our city of Limassol and throughout Cyprus during the last hundred years, but has existed since the Middle Ages (in the Frankish and Venetian period), giving people the opportunity to express faith and optimism in various ways for a good year, for a better tomorrow.

The roots of Carnival are very deep and closely related to the history of Hellenism. It is related to the ancient Dionysia of Antiquity, during which dramatic struggles took place among the three leading tragic poets of our history, Aeschylus, Sophocles and Euripides, in honour of the god Dionysus, the god of feasts and good cheer.  The actors of antiquity wore masks during their performances of tragedies and comedies, and it is clear from such surviving evidence of this practice, such as these masks, that this masquerading must have occurred even in ancient times during Carnival.

Of course, the word Carnival is of Latin origin through French and Italian and means “to say goodbye to meat” (Carne Vale!) since fasting from meat was traditionally part of Carnival. In this period, people are able to behave in any way they like and indulge in the realization of their desires and impulses, whatever their age or sex. Carnival introduced to the world a period of fasting and preparation for the greatest celebration of Christendom, Easter, which comes about a month and a half after Carnival.

The Limassol Carnival is a feast that everyone anxiously anticipates with much longing and desire. By the time Carnival comes around, people have long since been preparing for it, when groups of revellers from all social classes of the city have been organizing entertainments such as concerts in their homes for the sheer pleasure of this entertainment. And when their cheeks are flushed with wine, dozens of people take to the streets to improvise parades with donkey-drawn carts, horse-drawn carriages, floats and bicycles.

The people of olden days felt immense satisfaction in seeing their fellow countrymen dressed in masks to satirize things, people and situations that had a direct or indirect impact on their ev

eryday life and thus on reality.

“All the houses of the town, rich and poor, were open to the masqueraders, and friendly house-to-house visits were on the agenda. And on Sundays, after a ride in a three-wheeled, almost all the masqueraders were dressed, and they got into their carriages or formed groups and flooded the central squares and streets of the city, to continue their singing, dancing and fun-making, which was often so successful that people laughed about them and their stories for days afterwards. »

In olden times, amusements were still quite simple and traditional, with a lot of food, Cypriot dances and songs, as well as the last-minute donning of disguises by poor people, who because of poverty and lack of ready-made costumes, were forced to don whatever mascaraed they could find,  using whatever bits of cloth or other material they had in their homes, and that’s why they were called “crazy costumes” (Pellomaskes).

However, at the beginning of the British era, a period of radical change began, due to the much closer contact of the island with Western Europe. Thus, in Cypriot cities, a process of urbanization and “Europeanisation” began, where social structures and customs are gradually changing, as well as the way of life and the entertainments of the Cypriot people.

This change is also observed at Carnival time, where European dances, mandolins, cantatas, and masks with European themes and artistic disguises are created by specialized tailors, and the floats and chariots are lavishly decorated using newer more westernized techniques and themes. Today, in Cyprus, large groups of carnival merrymakers are dressed in costumes of classical heroes or in those of figures from children’s fairy tales or in the those of modern western cartoon heroes. Many of the merrymakers of today, enjoy poking fun at prominent contemporary political figures.

Certain aspects of this kind of carnival event have been lost to a smaller or greater extent over the years, due to changes in society

and new opportunities offered for continuous 24-hour entertainment in closed and also open spaces. People have changed today; their way of life has changed and certain romantic and more traditional aspects of the festival have been lost.
A great chapter in the history of the Limassol Carnival is the singing and playing of by all that the Candors always played with guitars and their mandolins. The troubadours (in Greek they are known as Candors) strolled the streets, stood beneath the balconies of their fellow citizens, and serenaded the people with their songs to bring good cheer to young and old, men, women and children. Today the city has grown immensely, the distances have become endless, but the troubadours have not abandoned their efforts to reach everyone. They turn to the streets dressed in their colorful costumes highlighted with gold while seated on their motorized floats and chariots or stroll along the avenues in groups and do their best to entertain us, reminding us of the good old days.

Today’s official Carnival Day, as in olden days, is still called «Tsiknopempti» or “Mardi Gras.”  On this day, residents of Limassol gather in various parts of the historic centre, where the traditional carnival customs, such as the «tsiknomata», the candas and the improvised feasts, revive. Carnival events, as well as entertainment in taverns, nightclubs and hotels, peak at the two Carnival weekends, during which the children’s and the great carnival parade are organized, with the participation of thousands of carnivalists, locals and foreigners.

In a 1967 article, the situation in Limassol is reflected: “Limassol has fun. For two whole weeks, during the period of the Carnival, people in Limassol does no more than celebrating every night, drinking, dancing and singing, many times until the morning. All-day, dicks and cracks at the job, but when the dusk is over he becomes another man. The fatigue of the day disappears, and the worries give way to our expectation of an evening, in an atmosphere of the gentle feast, prank and love. Feast, farce and little love. These three constitute and compose the atmosphere in which the people in Limassol are moving, breathing and living these days, and in which they invite their friends from the other cities to participate, leaving aside the sufferings of life.” 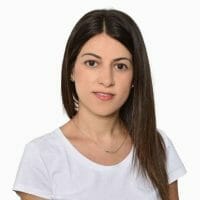 Do you want to communicate in Greek?